🌍 Pan-India Reach
City Union Bank is one of the leading private sector banks in South India, having established a strong network in urban and rural parts of the region. It has nearly 733 branches in India, 649 of which are located in the country’s south. The rest of the branches are spread across Maharashtra, Gujarat, Madhya Pradesh, Delhi and West Bengal. It has more than 1800 ATMs all over India.

💰 Revenue & Future Plans
In FY22, September quarter, the company made ₹1,181 crores in revenues and earned a profit of ₹276 crores. The bank’s future plans for expansion include a fundraising plan of up to ₹500 crores, through a Qualified Institutional Placement route.

Building The Bridge To Success: How Brigade Enterprises Yielded 1810% Returns

If you had ₹1 lakh invested in December 2008, you could have had ₹19.1 lakhs today! This multibagger gave its investors 1810% returns. Here’s a quick peek at the company. 🏢 Stock Name: Brigade Enterprises Read more… 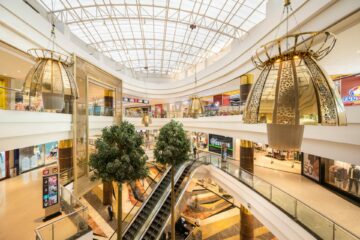 Fiery Profits: How Phoenix Mills Rose Up With 2360% Returns

If you had ₹1 lakh invested in Phoenix Mills in December 2008, you could have had ₹24.60 lakhs today! This multibagger has given its investors 2360% returns. Here’s a sneak peek at the company. 🏢 Read more…